If there’s one thing every Lannister loves, it’s wine.

If you aren’t caught up on the most recent season of Game of Thrones – BE WARNED!! There’s gonna be BIG OL’ SPOILERS IN THIS POST!! Don’t say I didn’t warn you!

But of course, she isn’t the only one to sip on the nectar of the gods:

Of all of the Lannisters, Cersei definitely has a taste for the finest wine in Westeros. And she isn’t particularly one to care if the people in her own city have enough to eat, as long as she has the freshest supply of fruit and wine in the country.

But even Cersei has a bit of humor. Her sangria is sweetened with dragon fruit, blood orange and star fruit fit for a crown.

As Cersei’s lust for power grows, so does her hunger for more wine.

And it’s not as though Cersei doesn’t deserve a stiff drink every once in a while. But I can’t help but wonder if her judgement of what it right and what is wrong is not clouded by what might be considered alcoholism.

And regardless if you believe she has stopped drinking wine to protect the latest incestual Lannister baby, once Cersei returned to the Red Keep, one might say she became drunk on power instead.

The game of thrones may be coming to an end, but who will ultimately rule the seven kingdoms is still up in the air. Maggy the Frog has correctly predicted Cersei’s future so far – her marriage to Robert Baratheon, the birth and death of her three childern; but one important part of the prophecy has yet come to pass.

Will Cersei be murdered by the Valonqar aka her ‘little brother’ – but which younger brother was Maggy refering to? Tyrion is the obvious choice in both age and stature, however Jaimie is mere minutes younger than Cersei, making him another clear candidate. Only time will tell.

The Lannisters send their regards. 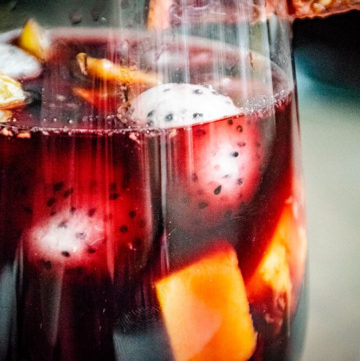 Keyword drinks, Game of Thrones, wine
Tried this recipe?Let us know how it was!