“The common people pray for rain, health and a summer that never ends. They don’t care what game the high lords play.” – Jorah Mormont to Daenerys Targaryen

If you aren’t caught up on the most recent season of Game of Thrones – BE WARNED!! There’s gonna be BIG OL’ SPOILERS IN THIS POST!! Don’t say I didn’t warn you…

Jorah Mormont is one of the more complex characters in Game of Thrones. Son of Jeor Mormont, the former Lord Commander of the Night’s Watch, Jorah finds himself in exile in the the Free Cities where he eventally meets Daenerys and becomes a trusted advisor to the khaleesi…and pretty much falls in love with her.

Even after SHE exiles him after finding out he’s working with Varys to track her movements across Essos, he’s determined to earn back his spot at her side – and eventually does; only to be once more sent away to cure his greyscale affliction.

It would have been necessary during his travels to carry easily transported food, like this mutton meatloaf, which could be wrapped in lamb’s skin and carried for a day or two without spoiling (though I definitely recommend you keep your meatloaf stored at the proper temperature – unless you plan on exploring Westeros on horseback in the near future).

Mutton is served throughout Westeros as an easy go-to meat while supplies dwindle. While mutton can more commonly be found in European markets (so I’ve been told) in American markets, lamb meat can also be used to achieve the same effect.

Jorah is originally from Bear Island in the North – and fun fact: he’s the first cousin to Lyanna Mormont, one of the most badass women in all of Westeros.

During his time in in Oldtown, Jorah meets Samwell Tarly at the Citadell where his greyscale is effectively cured – the first time such an affliction has not killed the person infected with it.

To regain his strength after his…for lack of a better term… surgery performed by Samwell, it’s likely he would have supped on mutton – and perhaps dreamed of being back at Bear Island prior to his exile.

When Jorah later finds himself at the Wall with Jon Snow – about to cross over into the North to capture a wight to bring to King’s Landing as proof of the Night King and the threat against the land of the living – its almost certain Jorah and Jon’s men would have needed a meatloaf like this to sustain them through the long night.

Before leaving for their mission north of the Wall, Jorah and the other volunteers would have needed a hearty meal to get them through the quest, like this mutton meatloaf.

Regardless of who ends up sitting on the Iron Throne at the end of the final season of Game of Thrones, I certainly hope that Jorah Mormont makes it through the battle to stand by the Prince (or Princess) Who is Promised. 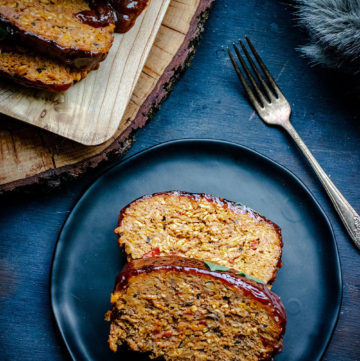 The Starving Chef
It would have been necessary to carry easily transported food, like this mutton meatloaf, which could be wrapped and carried for a day or two without spoiling
Print Recipe Pin Recipe
Prep Time 30 mins
Cook Time 40 mins
Resting Time 20 mins
Total Time 1 hr 30 mins
Course Fictional Feasts
Cuisine Game of Thrones
Servings 6

Keyword Game of Thrones, lamb, meatloaf, mutton, veal
Tried this recipe?Let us know how it was!