Everyone knows I’ve been in a soupy mood the last week or so. Whether it’s been soup for a hangover cure or bone broth to keep me well, soup is in no short supply in our household. And so that’s why when I was craving some French onion soup, it was no big thing to give in to delicious temptation.

Many people think that French onion soup takes a long time or is super complicated – where the truth is, if you can chop an onion and wait less than an hour, you are on your way to a delectable dinner in front of the fire.

The longest part of the wait is letting the onions get nice and browned. I put my stove on a medium to medium high heat and melted some butter until frothy, then added the sliced onions. The image above is what the onions looked like after about eight minutes; and below, is what the onions looked like after about fifteen minutes. Just take your time and don’t burn your onions – it’s really simple to get them nice and caramelized, with just a little bit of patience.

The next few steps happened relatively quickly (and I may have forgotten to take pictures along the way): deglaze the pan with a splash of dry white wine or vermouth. Add the broth to the skillet along with a bay leaf and bring to a boil. Let the soup simmer for about twenty minutes, then use a ladle to scoop large spoonfuls of the soup into ramekins so they are all filled about three-fourths of the way full. Place a slice of thin sliced sour dough bread on top and cover with shredded gruyere cheese.

Then bake the ramekins for about ten minutes, or until the gruyere is bubbling and melted. Let the ramekins cool for at least fifteen minutes before serving (THEY WILL BE SUPER HOT!) with more fresh sour dough bread on the side. From onions to soup in less than an hour – yum! 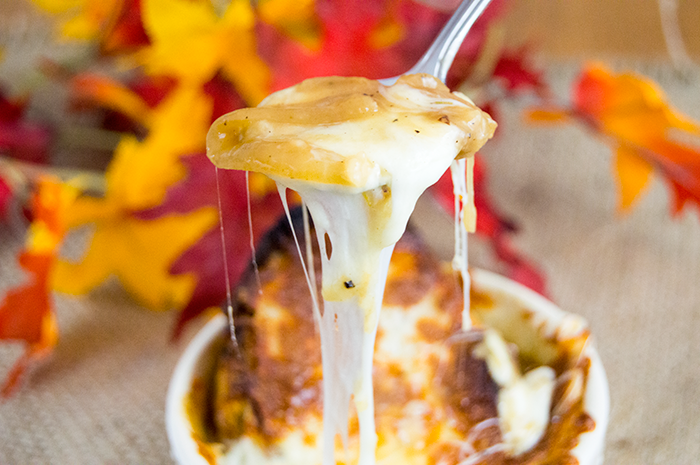 The Starving Chef
This French onion soup can be made in under an hour. The longest part of the wait is letting the onions get nice and browned.
Print Recipe Pin Recipe
Prep Time 40 mins
Cook Time 15 mins
Total Time 55 mins
Course Appetizer, Soup
Cuisine French, Soup
Servings 4

Keyword cheese, gruyere, onions, soup
Tried this recipe?Let us know how it was! 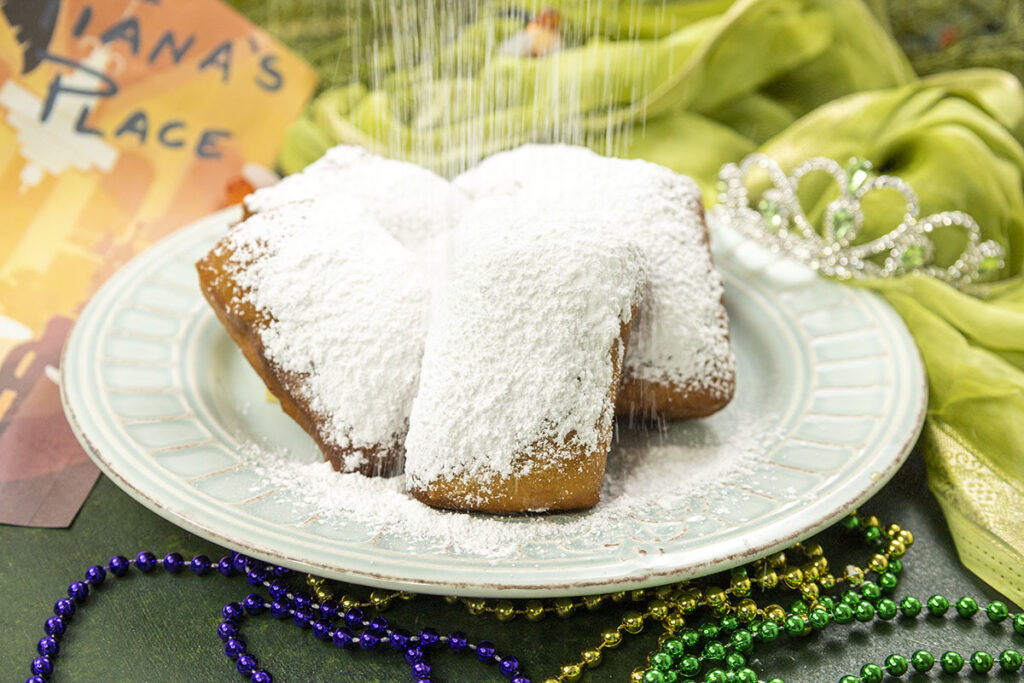