Scotch eggs – or savory (erm, savoury?) eggs – are apparently extremely popular in the UK and can be found practically at every super market. Having never been to the UK myself, I figured this was the closest way to get a taste for myself! These sausage wrapped soft eggs are absolutely delicious – something I’ve found myself craving ever since I made them! And despite the fact that most of my knowledge of British food comes from the Harry Potter books, I tried to really hard to find the most authentically British recipe out there for this week’s challenge, and this is apparently it.

To start, soft boil some eggs. Aim to boil them only for 5-7 minutes, so that the center is still runny. Mine were essentially poached in their shells, making them very fragile to work with. It’s important to also let them chill in an ice bath while preparing the meat, to stop them from overcooking.

The outer part of Scotch eggs are made from a combination of ground pork and bread crumbs, along with an array of seasonings. I used a ground Italian sausage for my meat, since I was actually unable to find any just plain ol’ ground pork. Close enough for me, though.

The hardest part of this recipe for me was peeling the eggs – I boiled mine for around five minutes for an extra runny middle, so they were essentially poached in their shells. I had a couple pop while I prepared them, but for the most part, they held up nicely.

Dredge the sausage wrapped eggs in flour, then roll in some seasoned breadcrumbs until completely covered.

After that, just pop them into a deep fryer or pot of hot oil at 350 F and fry until the eggs are a dark golden brown.

While the Scotch eggs cooled to an edible temperature, I whipped up an easy curry mustard for delicious dipping.

The end result was this… 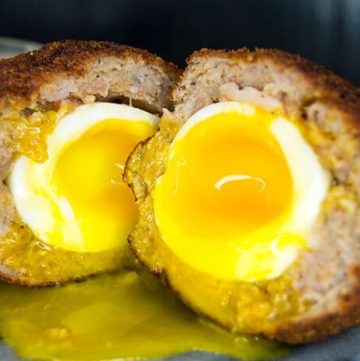 Keyword curry, eggs, mustard, sausage
Tried this recipe?Let us know how it was! 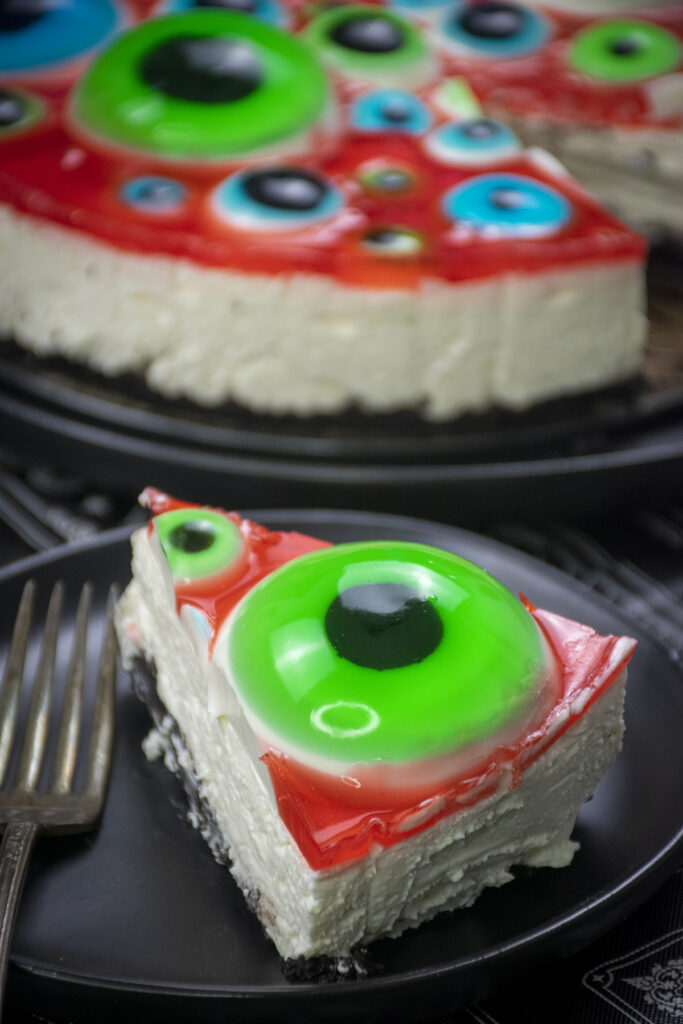